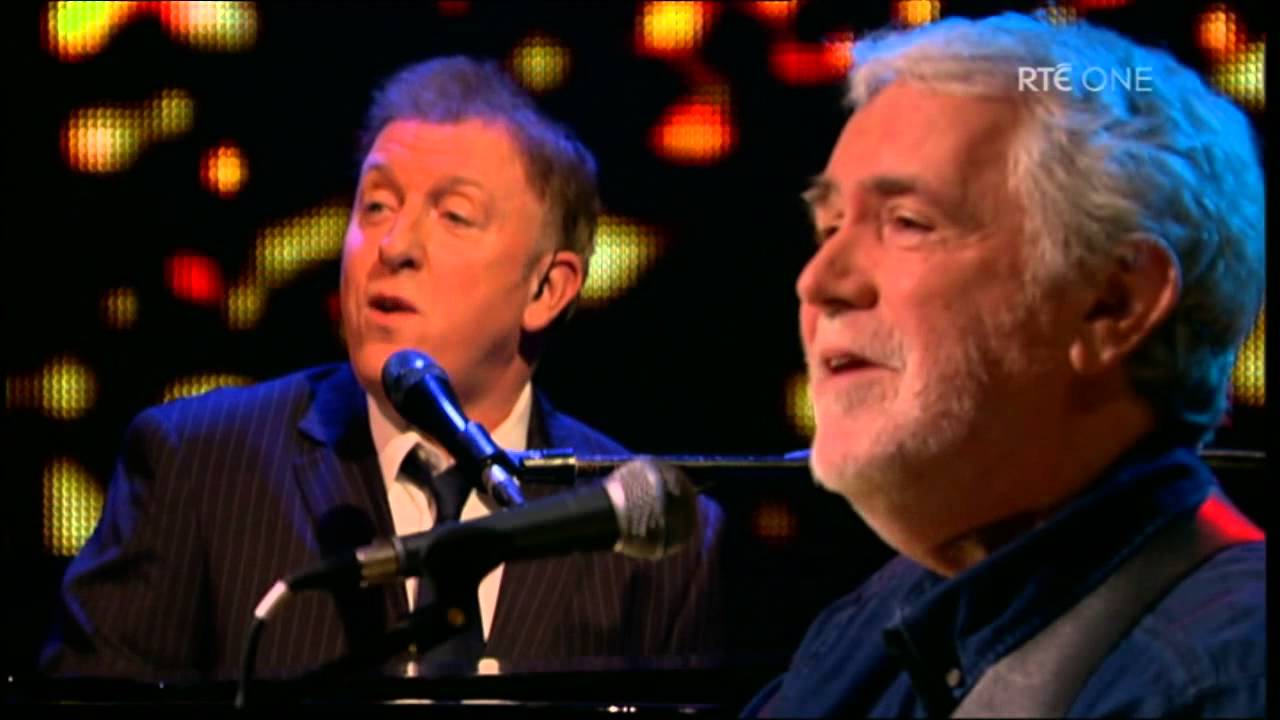 Paul Harrington first came to public attention with his debut album ‘What I’d Say’ reaching the Top 10 in 1991, and No.15 in the end of year official Irish charts.

However, that attention reached new heights in 1994 when he represented Ireland and won the Eurovision Song Contest along with Charlie McGettigan. The song ‘Rock ‘N’ Roll Kids’ is one of the most popular to ever win Eurovision , and has topped many polls as an overall favourite. Becoming more popular as the years pass it is still a regular feature on Irelands’ airwaves today.

In the late nineties Paul was the performer of choice for many of the A-list celebrities that would frequent the VIP Room in Dublin’s most prestigious nightspot. Here he would regularly entertain, and quite often be joined by , stars from the world of music, film and television. He has performed for, amongst others, the Rolling Stones, Prince and U2 .

It was here that Michael Flatley and Paul  reconnected after 10 years and was so impressed that he created  a role for him as principal singer in his most recent dance extravaganza ‘Celtic Tiger’. This saw Paul performing in arenas  across Europe and North America , including Wembley, and the most famous venue in the world Madison Square Gardens .

After these various career twist and turns Paul is now back doing what he loves best, interpreting great songs and performing them with a passion. He is not just a gifted vocalist and pianist but also a born entertainer. He has a unique gift for connecting with his audience whether it’s a packed concert hall or intimate piano bar. “At heart I’m a piano man plain and simple,” says Paul, “It’s what I love

“ Paul Harrington – ‘ A Collection’ was released in 2008 and after  a stunning performance on the “Late Late Show” the album entered Ireland’s Top 20 reaching number 4.

In 2010  an album call “Songs” featuring his unique interpretations of some of the world’s best loved songs was released to critical acclaim . This was a live studio album produced by Grammy nominees Chris O’Brien and Graham Murphy, and featured the musical talent of Bill Shanley, Sean Devitt and Tony Molloy.

Although this will be Paul’s first solo album in eight years in recent years he has collaborated on other albums including Christmas album featuring the Whitefriar Street Choir, called  ‘O Holy Night’ and a North American – Irish collaboration called ‘Cape Spear’. Another North American/ Irish collaboration , a triple vinyl collection featuring the Harrington Bros. is due to be launched in Canada in October 2021

In 2017/18 Paul wrote and presented the documentary “Ireland’s Eurovision Winners” released on DVD also due to air on television.

In 2018 taking a hobby to a professional level, Paul was a guest on the hugely popular TV show “The Restaurant” taking on the role as executive chef where he attained the highest accolade of 5 Star chef awarded by three star Michelin chef Marco Pierre White and celebrity chef Rachel Allen.

Since 2014 – present day , Paul has a regular slot on The Pat Kenny Show on national radio , Newstalk 106 , featuring conversation and music performance, selecting a variety of musical topics and genres.

His current series called “The Lyric’s The Thing” is hugely popular and such is the demand for the live performances, an album has been scheduled for release in 2021 called ‘ The Lyric’s the Thing” Volume One, with two more to follow, including a Christmas edition .

Charlie McGettigan started his musical career in the 1960s in various rock bands in Donegal. Moving to Dublin in 1968 he honed in on the thriving folk scene there at the time. In 1973, Charlie formed the highly successful group Jargon, which went on to win the prestigious Letterkenny Folk Festival, following in the footsteps of bands like Clannad and Pumpkinhead.

Charlie has worked with artists like Maura O’Connell and Eleanor Shanley who both recorded many of his songs including “Feet of a Dancer”, “A Bed for the Night” and “If Anything Happened to You”.

Charlie joined forces with Paul Harrington and Brendan Graham to win the 1994 Eurovision Song Contest for Ireland with “Rock n Roll Kids”. He has released many solo albums including “In Your Old Room”, “Family Matters” “ The man from 20” and “Stolen Moments” produced in Nashville by legendary producer Bil Vorndick.

Charlie’s songs have been recorded by many artists including De Danann, Mary and Frances Black, Ray Lynam, Daniel O’Donnell, Sandy Kelly and Hal Ketchum to name but a few.

These days Charlie tours both here in Ireland and abroad. He presents “The Saturday Connection” on Shannonside/Northern Sound Radio, a two hour programme where he previews live music and theatrical events, interviews guests from the world of arts and entertainment and plays an eclectic mix of music and song on CD.

Charlie’s latest album “Tuesdays with Paul” is receiving great attention from the media and includes songs like “Dust if you must” and “When I was a kid”.