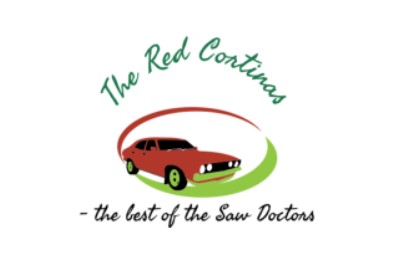 The coming together of musical minds and backgrounds makes up the membership of The Red Cortina’s with the name emerging from one of the Saw Doctors hit songs.

John Meehan (Vocals and Guitar) always had a fondness for the songs and music of the Saw Doctors after hearing them play support to the Waterboys in London in the early 90’s.  He encouraged a number of his contemporaries to join him in creating a programme providing a theme night to the music of the Saw Doctors to perform specifically at the Ballyshannon Folk and Traditional Music Festival 2022.  Joining him for this extravaganza and a trip down memory lane will be Sligo legend Seamie O’Dowd (Fiddle, Guitar and Vocals), Ballyshannon’s very own Farrah Bogle (Vocals, Guitar and keyboard), Jason Kelly (Guitar and Vocals) and Seamus Gallagher (Drums and Percussion), with Glenties native Michael Boyle (Bass Guitar) completing the line up.

From their first number one, “I Useta Lover,” that topped the Irish charts for nine consecutive weeks in 1990 and still holds the record for the country’s all-time biggest-selling single the Saw Doctors have become a household name at home and abroad with an array of hits such the “N17”, “Small Bit of Love”, “To Win Just Once”, “The Green and Red of Mayo”, “Hay Wrap” and the “Joyce Country Céilí Band” to name just a few.

The Red Cortinas’s aim to recreate an atmosphere and general good vibes that is associated with a live performance of the Saw Doctors on the Sunday night of the festival to round up the weekend on a high note and they also plan to include a few classics from bands such as Horslips, The Pogues, Goats Don’t Shave, Stocktons Wing and Moving Hearts. A night NOT TO BE MISSED….

Get Your Tickets Here
Go to Top