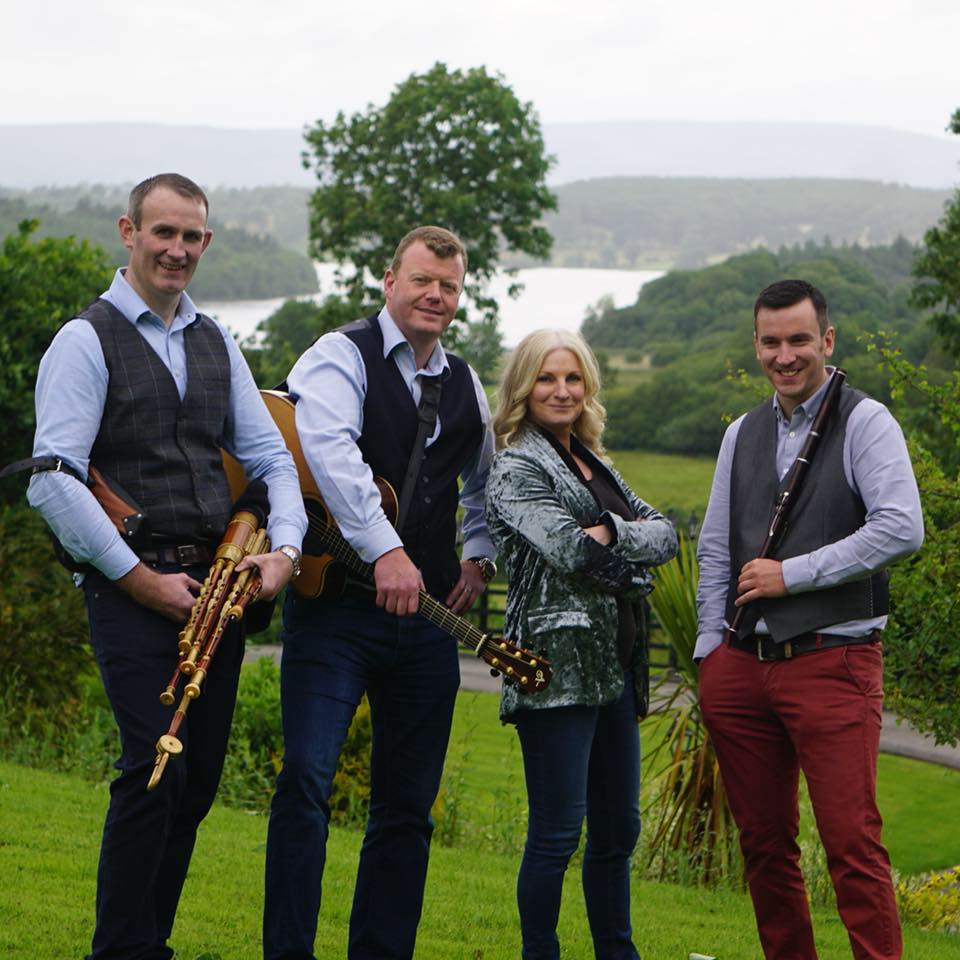 Now and again, we meet people and it just works. Instantly at ease in each other’s company, conversation flowing like you are catching up on 20-years’ worth of news, and the fun, well it’s instant I guess and can take many forms.

This is a scene of sorts in how the now named GARADICE four-piece felt when they came together to work, co-create and ultimate perform in what was the fourth residency of The Leitrim Equation programme in 2014 approx. (Est. by Leitrim Co. Council in 2006).  As a result of the time spent together in The Leitrim Equation residency and subsequent tour, the four-piece of Eleanor Shanley, Dave Sheridan, Padraig McGovern and John McCartin decided to work together.  To record an album.

GARADICE, the album is a collection of 13 eclectic songs and tunes.  Recording commenced in 2017 in John McKenna’s cottage in Leitrim and the final touches completed in Kerry, where it was also mixed by the multi-talented Donogh Hennessey.  Produced by Garadice themselves, mastering duties were picked up by Billy Farrell at Deadeye Productions.

The album features Dave Sheridan, Padraig McGovern, John McCartin and vocalist Eleanor Shanley, together with guest musicians Donal Lunny, Tom Morrow, Utsav Lal, John Joe Kelly and guest vocalists Shobsy and Eleanor Quaine, they present beautiful arrangements of these songs and tunes.  Some original and some of which have not been played for over 200 years!

When you gather a crew of such fine musicianship, creative prowess, and much liked people you are going to see people wanting to be involved!

lar accompanist to many of the traditions greatest exponents. 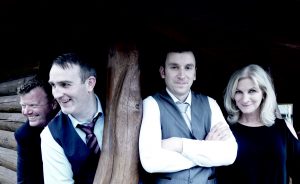 Eleanor Shanley is one of the most loved and respected vocalists in Ireland.  Nearly 30 years since starting her musical career as a vocalist with De Danann, and her voice as pure and lyrical as the first day she stepped in front of a microphone in 1990. Renowned for her unique interpretation of Irish and Roots songs Eleanor has been at the top of her profession since joining De Danann and has recorded many solo albums including Desert Heart, A Place of My Own and her most recent, Forever Young from which her single, the Thom Moore classic Gorgeous and Bright, was the most played track on RTE 1 Radio for the summer of 2015.

Eleanor has toured Ireland, Canada, The USA, Europe, China and Japan both as a soloist, together with De Danann and other artists.  She has also recorded with many great musicians including Ronnie Drew with whom she recorded two albums (Ronnie Drew and Eleanor Shanley and El Amor De Mi Vida), Sharon Shannon, Christy Moore, Donal Lunny, U2, The Dubliners and many more.

Padraig McGovern hails from Ballymagovern, a townland on the Cavan/Leitrim border. He has recorded with numerous artists over the last decade including a highly accredited duet album with Peter Carberry entitled Forgotten Gems. Padraig recently participated in the highly acclaimed multi-disciplinary project, The Pipes The Pipes, devised by Dónal Dineen. With fellow pipers Leonard Barry and Maitiú O’Casaide and visual artists Lionel Palun and Guillermo Carrion, the show paid homage to the instrument, old pipers, current pipers and also offered and insight into the future of piping. 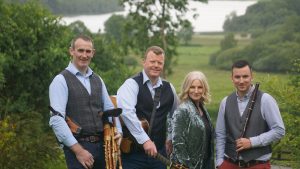 Dave Sheridan’s flute playing has been described as “a highly accomplished free flowing fluid style, with sound technique and solid driving rhythm” (Hot Press Magazine) and a flute style, which takes on “Lark like qualities” (fRoots Magazine). On the back of his critically acclaimed debut album Sheridans Guesthouse, he released his second solo flute album entitled Drivin’ Leitrim Timber in 2010. This album has received rave reviews, with The Irish Times describing it as “a joy…. a thoughtfully organised collection, that celebrates a fluid free flowing regional flute style….with enough sharp edges to keep the listener’s antennae on high alert for the next hairpin bend”. Dave has recorded with artists from renowned traditional groups like Lunasa, Dervish, At The Racket and De Danann as well as performing on many occasions with the Sligo based band Téada. He has also performed on The Late Late Show, The Ray Darcy Show, Geantrai, The Reel Deal and Fleadh Live.

John McCartin started playing the fiddle at the age of 10 under the tutelage of Frank Kelly and later Maureen Fahy. He won many county and provincial titles at underage levels. Inspired by bands like Planxty, Dervish and Lunasa John turned his attention to accompaniment in his adult life. Since then he has become a regular accompanist to many of the traditions greatest exponents.

Get Your Tickets Here
Go to Top