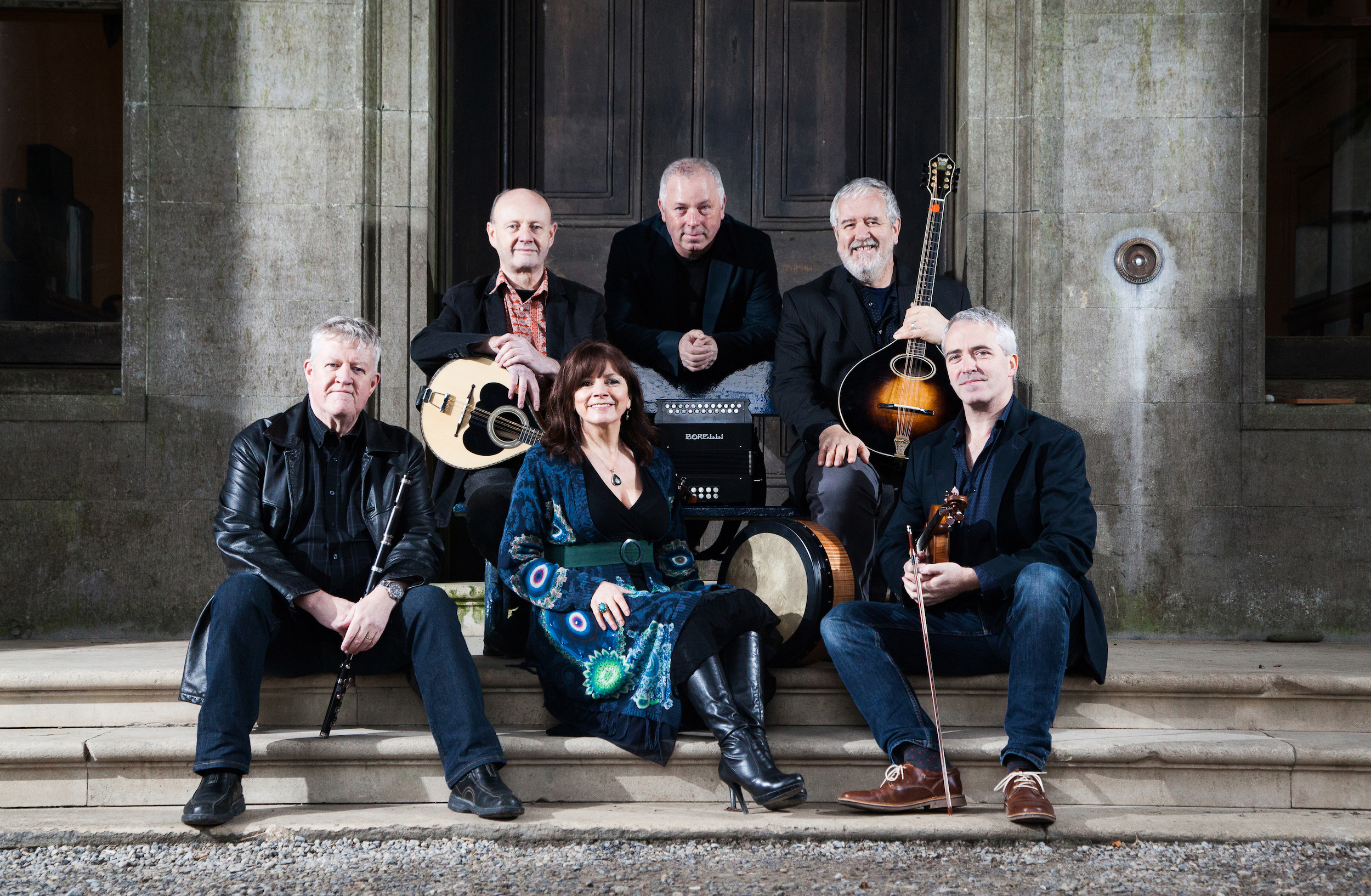 Dervish were formed in 1989 when four of the founding members met while playing informal sessions in the pubs of Sligo. Dervish received a prestigious lifetime achievement award from the BBC in 2019, a fitting tribute to the band after over 30 years of recording and performing all over the world. Described by the BBC as “an icon of Irish music”, the band have played at festivals from Rio de janeiro to Glastonbury. They accompanied the Irish President on state visits to Latvia and Lithuania and Prime Minister of Ireland on a trade mission to China as Cultural Ambassadors taking time out to play an impromptu session on the Great Wall of China.

Dervish have a line-up which includes Shane Mitchell (accordion),Liam Kelly (flute/whistle), Brian McDonagh (mandola/mandolin) and Michael Holmes (bouzouki). They were soon joined by Roscommon born singer and bodhran (drum) player Cathy Jordan, and later by all Ireland Fiddle Champion Tom Morrow in 1998. It’s a remarkable and at times electric combination – “capable of playing with note-perfect accuracy and perfect control at nearly supersonic levels” (Irish Voice, New York).  All six members of Dervish are steeped in the musical traditions of counties Sligo and Leitrim in north-west Ireland. It’s an area which matches Atlantic coastline with storied mountains and rural landscapes. It has inspired a host of musicians, artists and writers, including the Nobel Prize-winning poet W. B. Yeats.