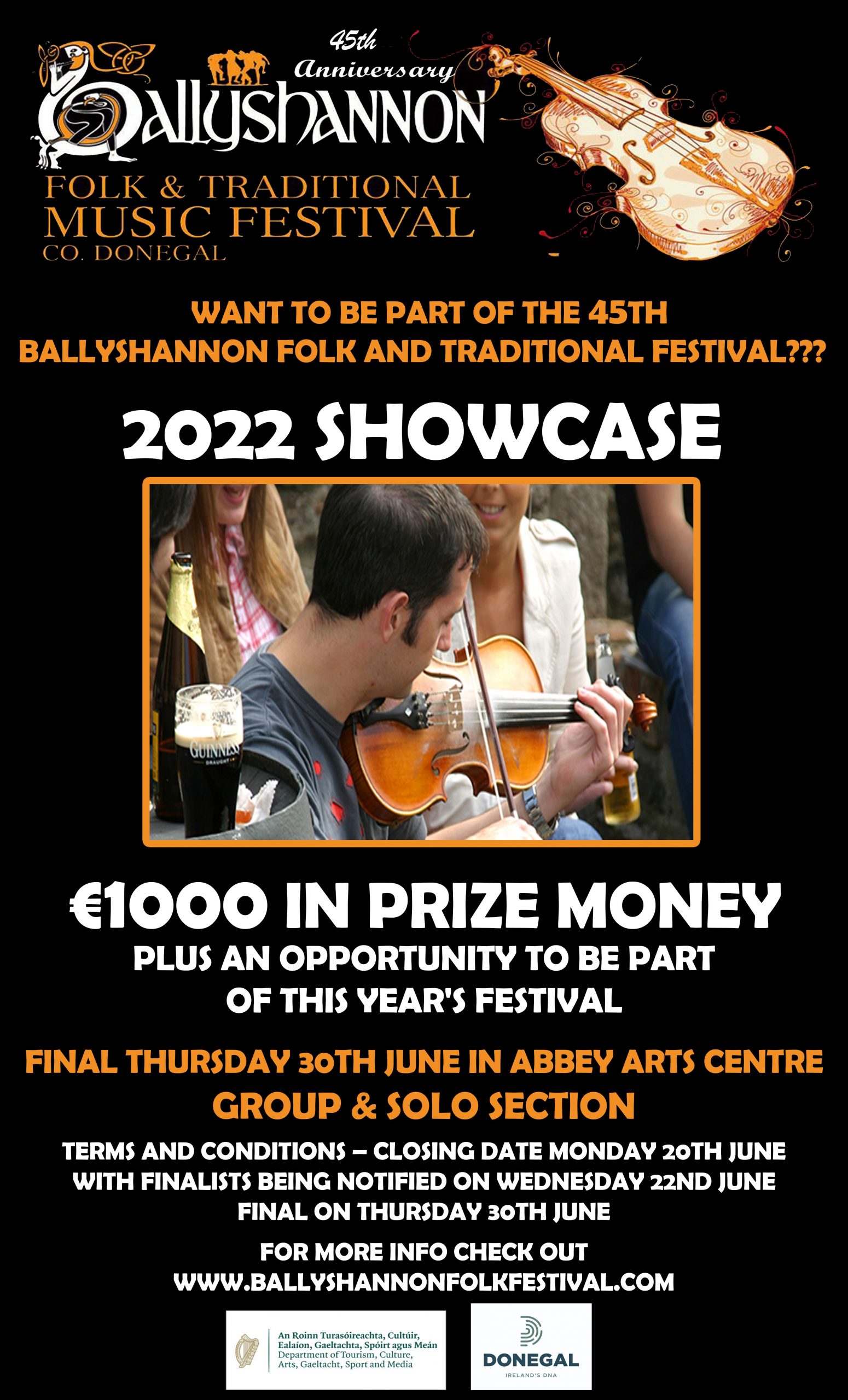 The festival will host its annual showcase final on Thursday  30th June.  Entry is now open under two categories, bands and solo artists.  Competing for a total prize fund of €1,000, entries close on Monday 20th June. Check out all the terms and conditions on www.ballyshannonfolkfestival.com

The winners in each category will be performing as part of the line-up to this year’s 45th festival, live in the marquee, playing alongside names like eaturing Dervish, Kila, Martin O’Connor, Cathal Hayden, Seamie O’Dowd, Eleanor Shanley and Garadice, No Crows, The Messages, Dave Munnelly Band, The Muddlers Club, The Red Cortinas, The Porter Bellies and lots more. .  The competition is open to folk and traditional musical genres and styles and to all ages and nationalities.  The Showcase has always been an important aspect to the festival as a platform for new and emerging talent on the Folk and Traditional Music scene.