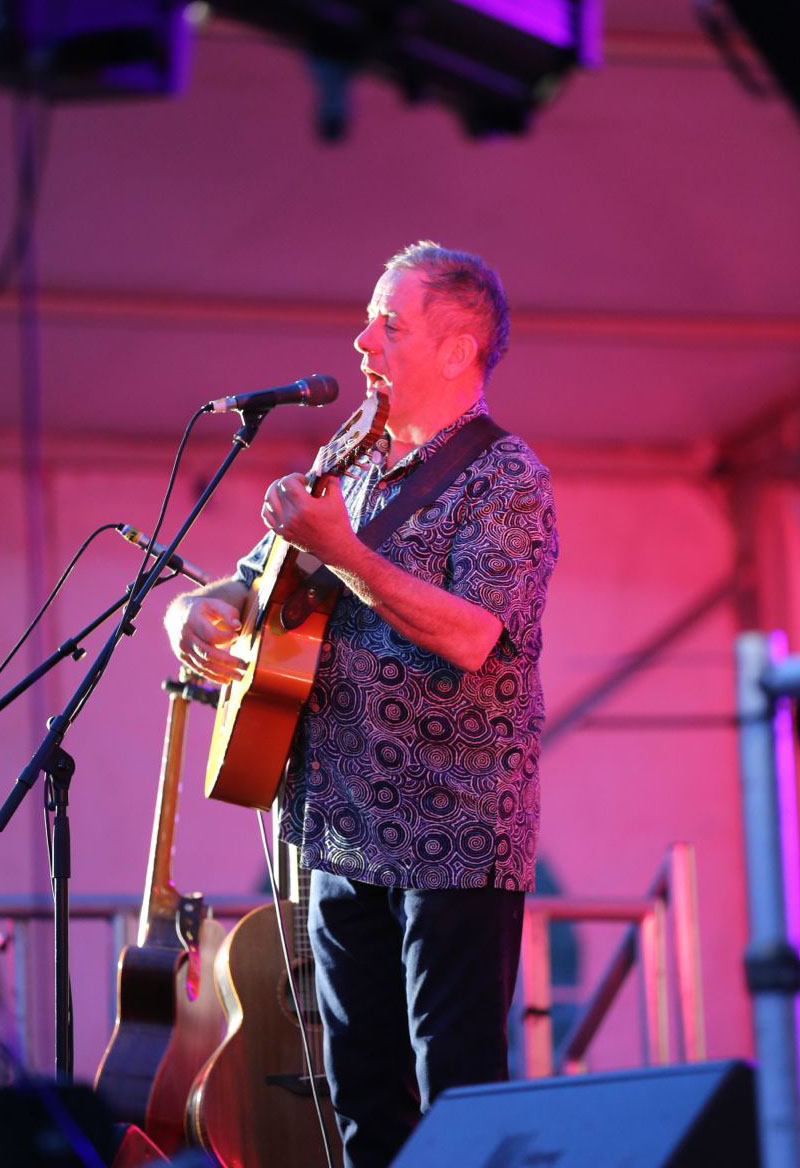 Since 1978, the ‘Folk Festival’ has hosted all of the great names from the Irish folk and trad scene from the heady days of the late 1970’s and continues today to offer itself as a vital platform for emerging folk and traditional music talent.

Through the years the festival has worked as a ticker tape of huge names in the Irish music scene, a veritable who’s who with Christy Moore, Altan, Matt Molloy, Paul Brady, 4 Men and a Dog, Maura O’Connell, Sean and Dolores Keane, The Black sisters, Mary and Frances, Finbar Furey, ‘The Eleanors’ – Shanley and McEvoy – all stepping up to microphone in the famous Market Yard Marquee, or in the Abbey Centre ‘at the top of the town’.  Three years ago for our 40th anniversary, the festival moved back to its ‘roots’ in the Market Yard and has continued to develop and expand over the subsequent years.

We are again delighted that the ESB has come on board as our overall corporate sponsor and we would like to officially put on record our sincere thanks to everyone at the ESB and all our sponsors for believing in our vision over the past two years.  The Erne Hydro-Electric scheme commenced after the Second World War and the power station was constructed to provide electricity and opportunities for industrial development over a wide area. Lots of local people came to the town and gained employment on the construction of the Erne Hydro-Electric Scheme and afterwards with the ESB.  This is recognised as a time when many organisations and societies started in the town, for example; Ballyshannon Musical Society and Ballyshannon Drama Society.  It was out of this love for culture in the town that the Ballyshannon Folk and Traditional Music Festival was born in the late seventies.

As part of the weekend we are also looking forward to another intimate and unique concert ‘Jam at the Dam’ with Backwest at Cathaleen’s Fall Hydroelectric Power Station on Saturday 3rd August at 12 noon.

This year, we are hosting our showcase final – with a section for groups/bands and the other for solo artists.  These finals, with a total cash prize fund of €1,000, will take place Friday 19th July with the winners in each category performing as part of the line-up to this year’s festival playing alongside names like the legendary Sharon Shannon, Luca Bloom and The Stunning.