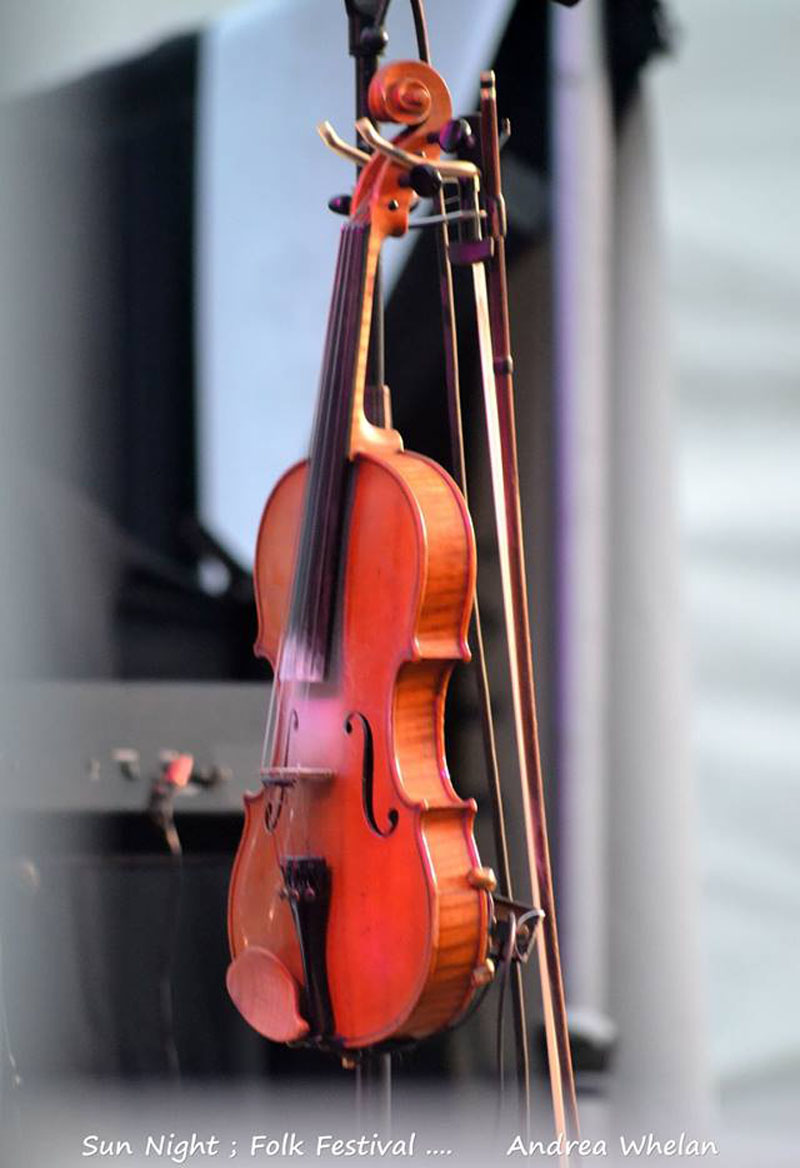 It is with great pleasure that this year’s Festival presents a tribute to two musical giants in their lifetimes who have become legends in the years since they died.

It is one of those strange synchronicities that the Birthplace of Ireland’s foremost rock and blues guitarist Rory Gallagher would also be the final residence of one of Ireland’s magical fiddle players Johnny Doherty. They shared 32 years in this life and now share eternity together, perhaps united by the molecules of the Rock Hospital in Ballyshannon.

This musical conversation between these legends will be facilitated by modern day legends Kieran Tourish, renowned Donegal Fiddler and Seamie ODowd the Sligo rock and blues virtuoso. Together they will recreate what might have happened if Rory and Johnny had actually met at the Folk Festival in Ballyshannon at some stage over the 40 golden years of the Festival.

The session will kick off in the Bridgend Bar on Saturday August 5th at 1.00 p.m. Space is limited so make sure to come early. (Admission is free)

John Doherty was born in 1900 in Ardara, County Donegal. He came from a famous clan of Irish travellers who worked as tinsmiths and horse traders.   In an interview in the 1970s he said that he had to practice in the barn as a teenager, and was not allowed to play fiddle in the company of his parents until he had mastered “Bonny Kate”. He heard recordings of James Scott Skinner and imitated his style.  From the late 40s to the 1970’s John was sought out by collectors. The Floating Bow contains recordings made between 1968 and 1974 by Professor Evans.  This collection arguably comprises the most extensive collection of his music, and was made when some argue Doherty was at his peak as a musician.  According to Alex Monaghan in the magazine, “The Living Tradition”, he was a significant influence on the fiddle playing of The Chieftains and Altan.   John Doherty was also a story-teller, and some of his tales appear on the liner notes to “The Floating Bow”.  Sometimes he did not carry a fiddle with him on his travels because he knew that, if needed, he was always likely to be provided with one when he visited “house dances” (folk music parties hosted by a family in their own house). The Floating Bow was played on a borrowed fiddle (owned by Professor Evans).  Johnny Doherty died in Ballyshannon Rock Hospital, in 1980.

William Rory Gallagher; 2 March 1948 – 14 June 1995) was an Irish blues and rock multi-instrumentalist, songwriter and bandleader. Born in the Rock Hospital Ballyshannon and brought up in Cork, Gallagher recorded solo albums throughout the 1970s and 1980s, after forming the band Taste during the late 1960s. He was a talented guitarist known for his charismatic performances and dedication to his craft. Gallagher’s albums have sold over 30 million copies worldwide. He received a liver transplant in 1995, but died of complications later that year in London, UK at the age of 47.  A tribute festival in memory of Rory Gallagher is held each year in Ballyshannon in June to remember one of Ballyshannon’s most well known sons.