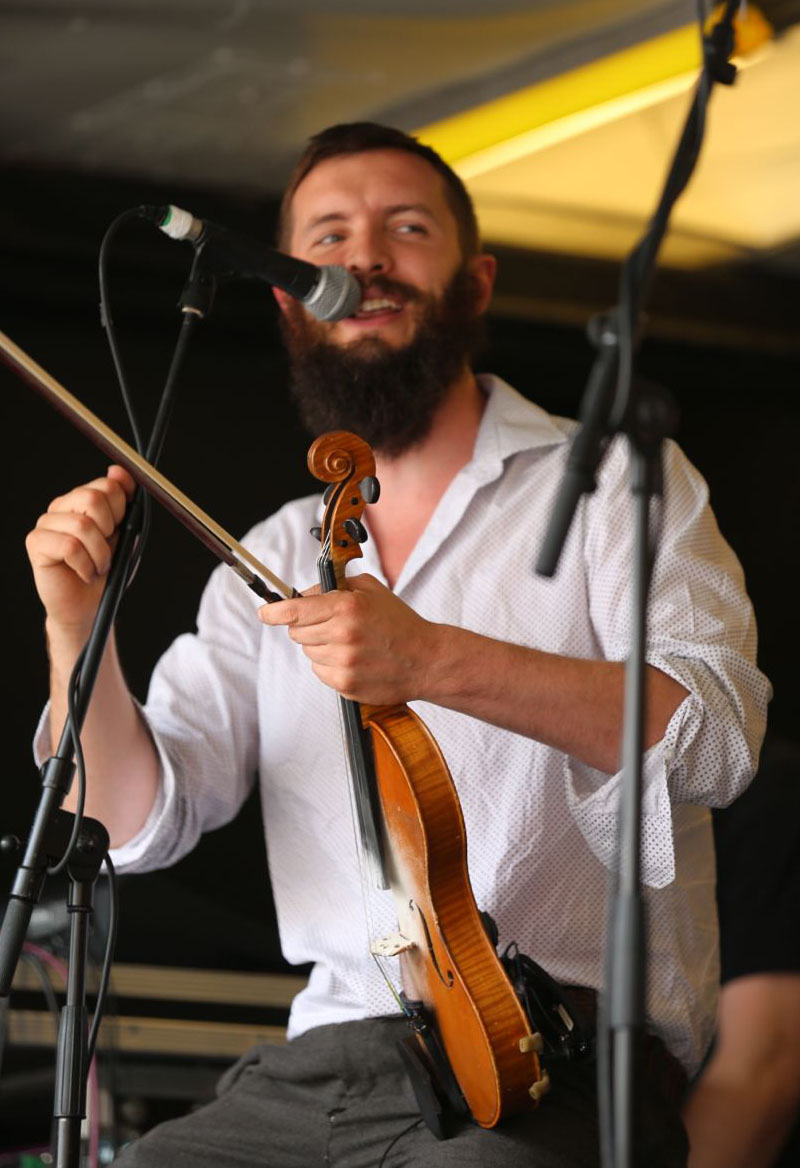 Ballyshannon Folk Festival Marquee is back in 2017

It’s Back! The Ballyshannon Folk and Traditional Music Festival marquee in the Market Yard is back in 2017 for its 40th anniversary and already the excitement is mounting.  Many of you with remember down through the years the festival marquee hosted a ticker tape of huge names in the Irish music scene, a veritable who’s who with Altan, Matt Molloy, Paul Brady, 4 Men and a Dog, Maura O’Connell, Sean and Dolores Keane, The Black sisters, Mary and Frances, Finbar Furey, ‘The Eleanors’ – Shanley and McEvoy – all stepping up to microphone in the famous Market Yard Marquee.

This year’s line-up is very exciting with a mix of traditional and contemporary artists to suit all tastes.  We kick-off Friday night with No Crows, a dynamic folk orchestra celebrating 12 years on their musical journey with their fifth CD ‘Why Us’ just launched at Christmas.  Multi platinum record selling Mundy, who’s version of Steve Earle’s ‘Galway Girl’ shot him to fame can stir the crowd into a hearty sing-along is next on Friday night’s bill and rounding off our first night in the Marquee is Donegal’s own, Altan who have entertained audiences and music lovers all over the world in the last 30 years.

Saturday night features The Lost Brothers, who over the past 7 years have proven themselves to be one of the finest and hardest working bands around. With four highly acclaimed albums under their belt, their commitment to writing timeless crafted songs with well hewn melodies, compelling lyrics and beautiful harmonies has been well recognised and we are delighted to welcome them back to the main stage of this year’s festival.  One of Ireland’s most innovative and exciting bands Kila, round off Saturday night with their unique sound which is rooted in tradition, yet inspired by a myriad of influences and ideas from all around the world.

On Sunday night we are delighted to welcome back to Ballyshannon Folk and Traditional Festival a band who played here for 25 years, The Sands Family from County Down who have played for over 35 years at festivals and even in Carnegie Hall; they will be joined by Na Leanai (who are the next generation of Sands Family) who are taking the Irish music world by storm – with fiddles flutes guitars and percussion they play haunting airs that speak to the soul, lively jigs to set the feet tapping and enthral with close vocal harmonies that will give you goose bumps. Singer/Songwriter Paddy Casey who launches his sixth album this year is next up to the mic with his eclectic mix of traditional and contemporary songs including ‘Saints and Sinners’.  Making sure we go out on a high note we are delighted to have Stockton’s Wing headlining our Sunday night with an exciting blend of traditional and contemporary Irish music and song, performed with power and precision by some of the finest musicians in Ireland.

The ‘Folk Festival’ has hosted all of the great names from the Irish folk and trad scene since the heady days of the late 1970’s and continues today to offer itself as a vital platform for emerging folk and traditional music talent with our annual showcase competition which offers a prize fund of €1,000; plus the opportunity to perform at the festival.

In 2017 Ballyshannon Folk and Traditional Festival look forward to returning to its ‘roots’ with a marquee style festival, lively pub sessions, street entertainment, workshops, busking competitions, fringe events and ceilidh’s –  this leading festival still has something to cater for all tastes 40  years later – which is a testament to its adaptability!

For Ballyshannon – the Folk Festival on the August Bank Holiday weekend is a permanent fixture in an ever changing world.  For all the latest festival information, tickets and showcase competition details check us out on Facebook – Ballyshannon Folk and Traditional Music Festival or on www.ballyshannonfolkfestival.com